Performed at Open Norwich in August 2019

Sound Ideas Theatre Company in collaboration with Echo Youth Theatre put on their biggest show to date in August 2019.  With a cast of 25 adults and 36 children, Chitty Chitty Bang Bang was a truly fantasmagorical musical production.

One of the world’s favourite musicals, Chitty Chitty Bang Bang had our audiences flying high with its mixture of madness, intrigue and exuberance and featured the classic songs Toot Sweets, Me Ole Bamboo and Hushabye Mountain.  The loveable but whacky inventor, Potts, along with his two children Jeremy and Jemima, the gorgeous Truly Scrumptious and of course, Chitty the flying car, take a trip to Vulgaria to outwit the bombastic Baron Bomburst who wants to steal Chitty.  The Baron decreed that all children be banished from his kingdom, a rule enforced by the Childcatcher, but Chitty saves the day and Vulgaria’s children are reunited with their parents and they all lived happily ever after!

We cast two teams of children to perform in the 8 shows and the cast included not only the Jeremys and Jemimas, but also two teams of 16 children who were locked in the dungeon under the Baron’s castle.  Our 36 children were all under 13 years old and for many of them it was their first experience in a full-scale production, so we are grateful to Sound Ideas for giving our members this great opportunity. 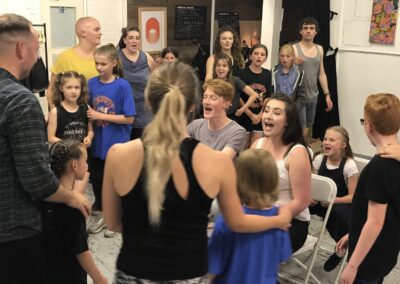 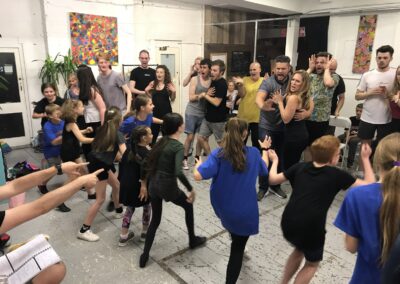 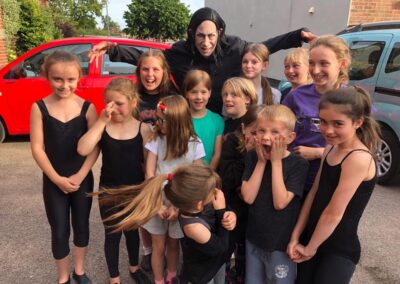 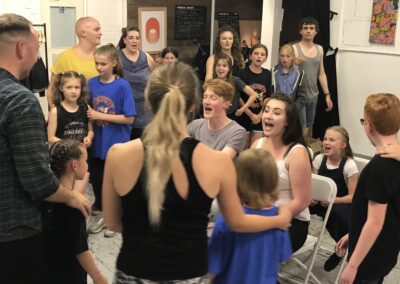 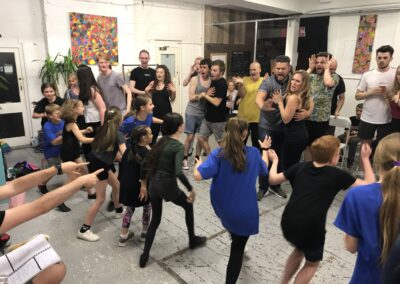 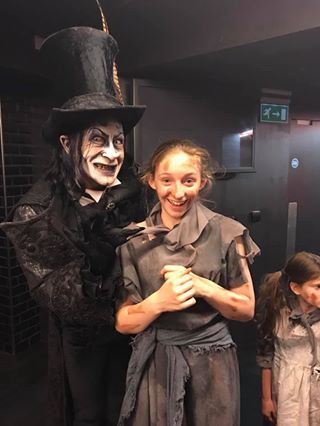 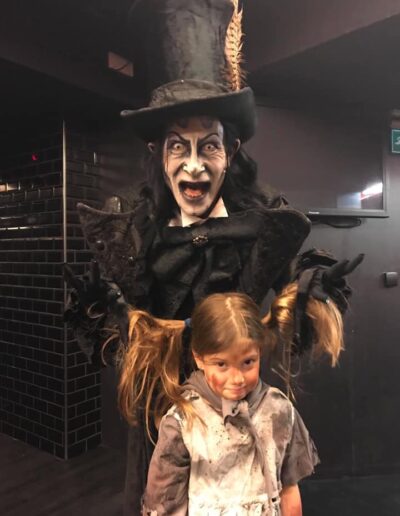 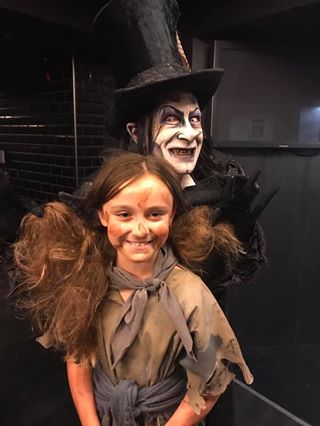 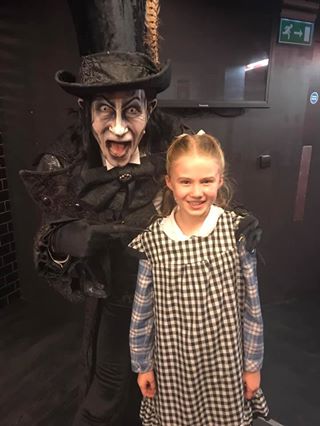 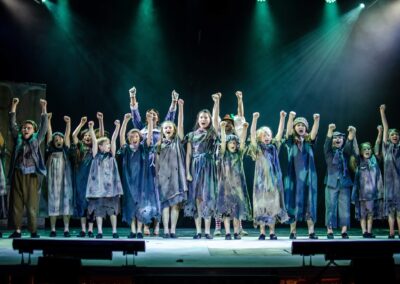 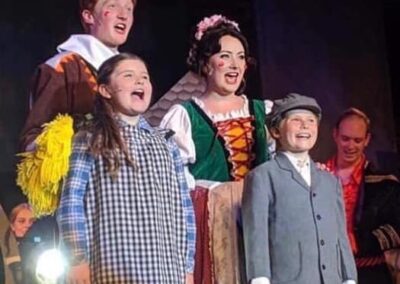 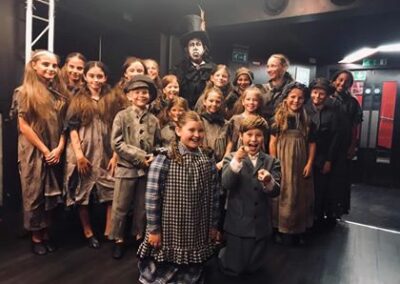 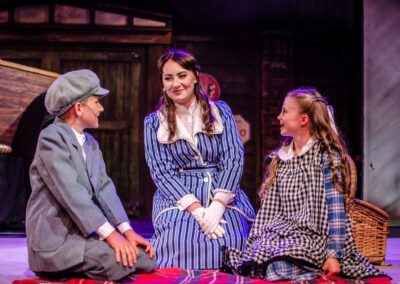 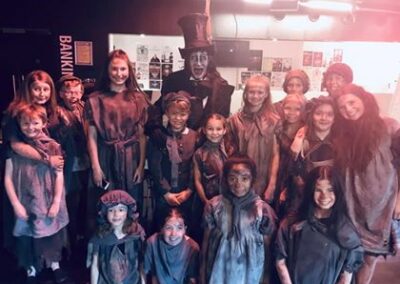 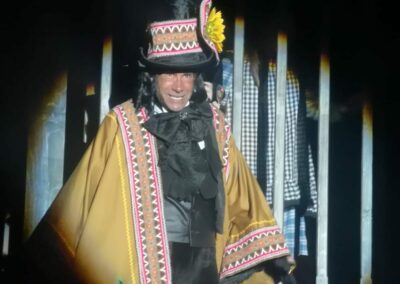 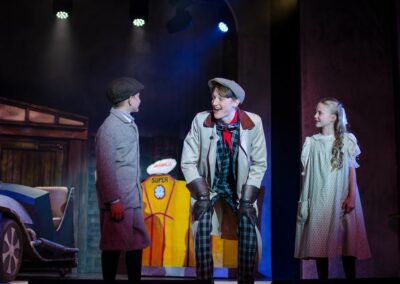 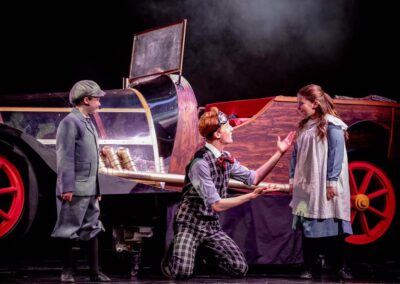 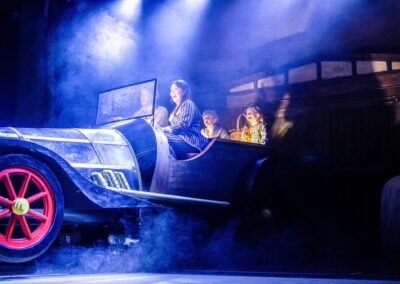 “If you have the slightest opportunity to see one of the three final performances of this run of Chitty Chitty Bang Bang, grab it with the same energy that the whole cast are putting into the production … especially Caractacus Potts!  It’s incredibly uplifting and you’ll be guaranteed to leave OPEN with a spring in your step, a smile on your face and a song in your heart.” – Audience Member

Just wanted to congratulate you all on an incredible show. We were absolutely blown away with the performance from all and our daughter absolutely loved every minute of it. The professionalism and organisation of everything was first class and myself and my husband were incredibly impressed. Thank you for everything.”
– Cast Parent

“I would like to take this time to congratulate everyone involved in putting on an amazing show -our daughter loved it, I loved it, the whole family and friends thoroughly enjoyed it … the emotion and fun and performance the cast gave made me laugh, cry and applaud.  I wandered round the city afterwards with a big smile on my face.  Once again a big heartfelt thank you to all involved.”
– Cast Parent

“Spent a super afternoon yesterday watching a fabulous performance of Chitty Chitty Bang Bang….. loved the Potts family, Truly with her beautiful singing voice, the Bulgarians, the children, the great samba routine and the car! Great singing, dancing and acting throughout.”