A series of 3 workshops ending in a performance 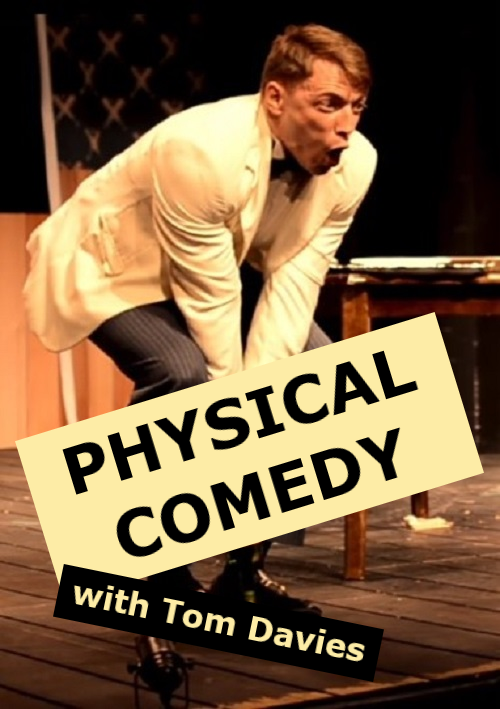 Tom Davies returns to deliver a series of 3 workshops on physical comedy.  Tom will be teaching the secrets of physical comedy on stage – over the 3 workshops, you will learn the skills and devise a short comedy sketch which will be performed to an invited audience of family and friends during the final session.

Come dressed to fall over – there will be crash mats and stairs involved!

Tom’s workshops are always high energy, fun and physical.  Join us for this series of workshops and perform with him in a devised performance (guaranteed to be hilarious) during the final session.

Fresh from his run as Alfie, the deaf waiter in One Man, Two Guvnors, Tom gains fans whenever he performs:

“… a staggering breadth of stage skills, including classic slapstick from most notably Tom Davies as the cadaverous deaf waiter Alfie…”

“… slapstick gusto by Tom Davies … Davies give his all – I’m not sure whether it’ll be the face gurning or the pratfalls that will hurt him more by the end of the run, but the audiences will be aching from laughing…”